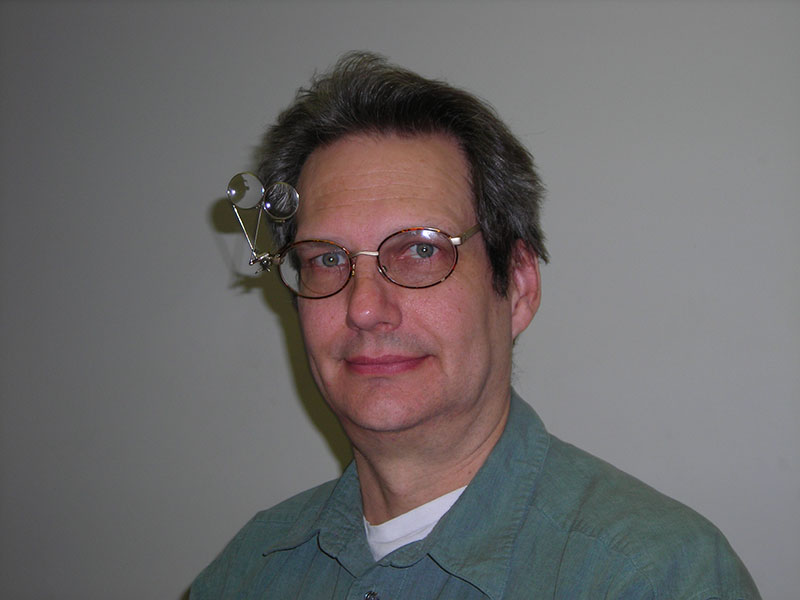 GS: Why should people come to you to have their hobs sharpened?
SK: Because we’ve specialized in hob sharpening for more than 20 years, and we have the right equipment to do the job. Some companies send all of their cutting tools—including hobs, end and shell mills, and drills—to a regular tool sharpening company, and that’s fine for everything except hobs. A hob is a very special precision tool. If it isn’t sharpened correctly, it won’t be able to do the job it was designed for, and its useful life will be compromised. It might seem to work fine the first time it’s re-sharpened incorrectly, but after several incorrect sharpenings, errors multiply and gear quality suffers. As a result, the hob is unable to impart the correct involute form onto the work–piece. One way an end user may suspect a hob hasn’t been properly re-sharpened is if there’s an excessive amount of tooth-to-tooth error when the gear that’s been cut is rolled against the master gear. This can be an indication of improper involute profile, which is often the result of sharpening errors. In our experience, if there’s enough material left on the hob, we can usually correct these errors and extend the hob’s service life. We always perform an initial inspection before sharpening to check if the hobs are salvageable. If we don’t think they are, we’ll inform the customer of what we’ve found and let them decide whether or not to proceed.

GS: What are your capabilities, in terms of the hobs you can service?
SK: We re-sharpen straight fluted hobs, but we don’t do spiral fluted hobs. We can handle anything up to seven inches long or up to four inches in diameter. One of our main strengths is rapid turnaround. We have nine automatic hob sharpening machines on the floor, while most re-sharpeners have one. So whether our customer sends us five or 50 hobs, we’re always ready to go to work. No matter if a hob is class A, B, C, or D, we sharpen and inspect to meet the AGMA class AA standards, and we can also have thin-film coatings applied to the hobs if that’s what the customer requires.
GS: New hobs can be pretty expensive. What does it cost to have them re–sharpened?
SK: We base our fee on how much material is removed, which determines the cycle time. We’ve sharpened hobs that originally cost $300 all the way up to others valued at $3,000 each. For a standard size made of high–speed steel, we would charge about $35. Carbide starts at $45, and that’s for removing up to about 10 thousandths of an inch on a 1–7/8 x 1–7/8 x 3/4 inch bore. So you can easily see how re–sharpening a hob, when it’s done right, pays off very well, protecting your initial cutting–tool investment.
GS: Many larger companies have started re–sharpening their own hobs. How do you compete?
SK: We compete by being there should their machine break down, for one thing. Again, we have nine sharpening machines on the floor, which is a lot of equipment, and they’re always fitted with standard arbors and ready to go to work. Not everyone wants to put their money into buying a hob sharpening machine, which can be quite expensive. For example, if a newly established gear–manufacturing company has just invested $150,000 in a hobbing machine, they probably don’t want to spend that much again on a sharpener. So we’re an excellent resource for younger companies, and for anyone who’d rather not invest the time and money it takes to conduct their re–sharpening in house.
GS: I would think that you get a lot of return business.
SK: Yes, we do. Maybe they’ve sent their hobs to other companies to be re–sharpened and weren’t satisfied with the results, but once they’ve given us a chance our customers are very pleased with what we’ve done and tend to keep doing business with us. The vast majority of our work is repeat business, and I think that’s the best endorsement that any company can have. We don’t sell hobs, we just sharpen them, but since that’s our area of expertise, we know how to do it right!