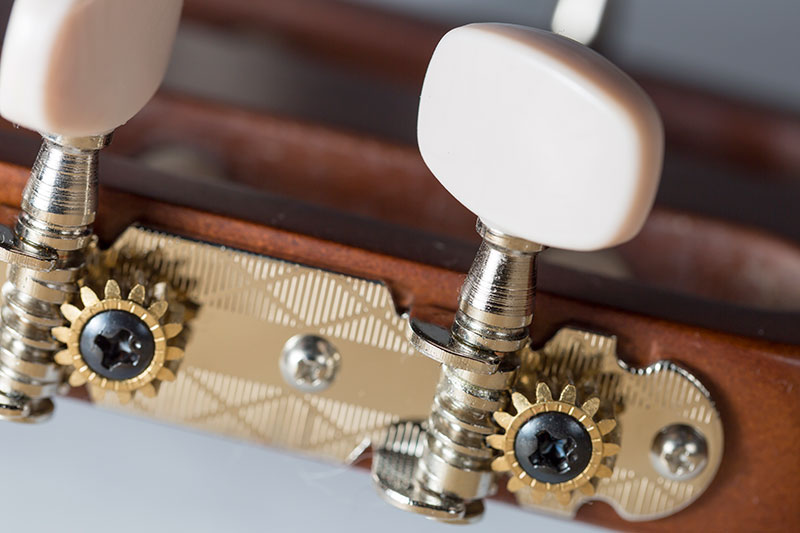 Did you know? Have you ever wondered how a string instrument is able to hold a particular pitch on one of its strings and also allow the musician to adjust the pitch of that same string either up or down? This problem is often solved by the use of a worm and worm wheel set, a special pair of motion controlling components. While the pinion (worm) of the set drives the large gear (the wheel), the reverse is not true. The larger gear does not drive the pinion. The wheel is always the driven member of the set. This means the knob can turn the worm, but the wheel (meshed with the pinion) cannot turn the worm. This special property is sometimes referred to as “self-locking” and it does not allow the string to “unwind”. In gear terminology, the unwinding, were it to occur, would be called “back driving”. The string could be re-tuned, moving up or down in pitch, (forward or reverse direction), but motion of the pinion is controlled only by the tuning knob. Pretty neat!